GUWAHATI: Intelligence agencies are apprehensive that a violent situation might arise in theKoch-Rajbongshi-inhabited areas of lower Assam where the demand for a separate state ofKamatapur is now likely to be intensified by the Kamatapur Liberation Organization (KLO), a militant outfit.

“The movement for Kamatapur will certainly intensify, and since there is an armed outfit involved, the situation could be violent. A large number of cadres of the KLO have received training in Myanmar and may enter the state and join the movement. There is a feeling that no solution can be achieved without violence,” a source said. Full Story 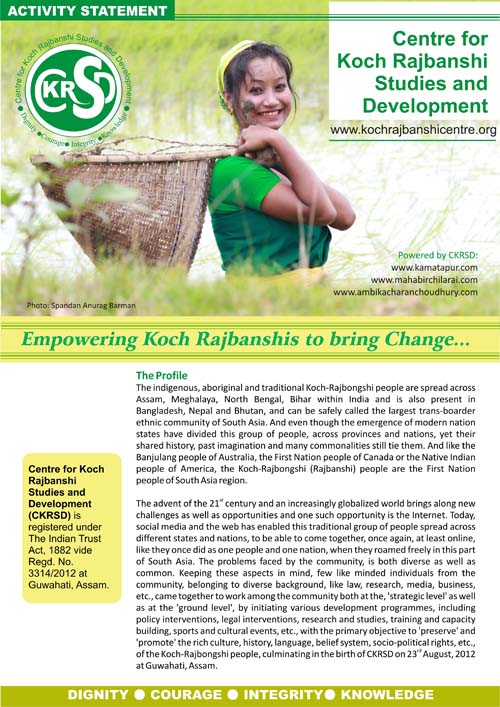